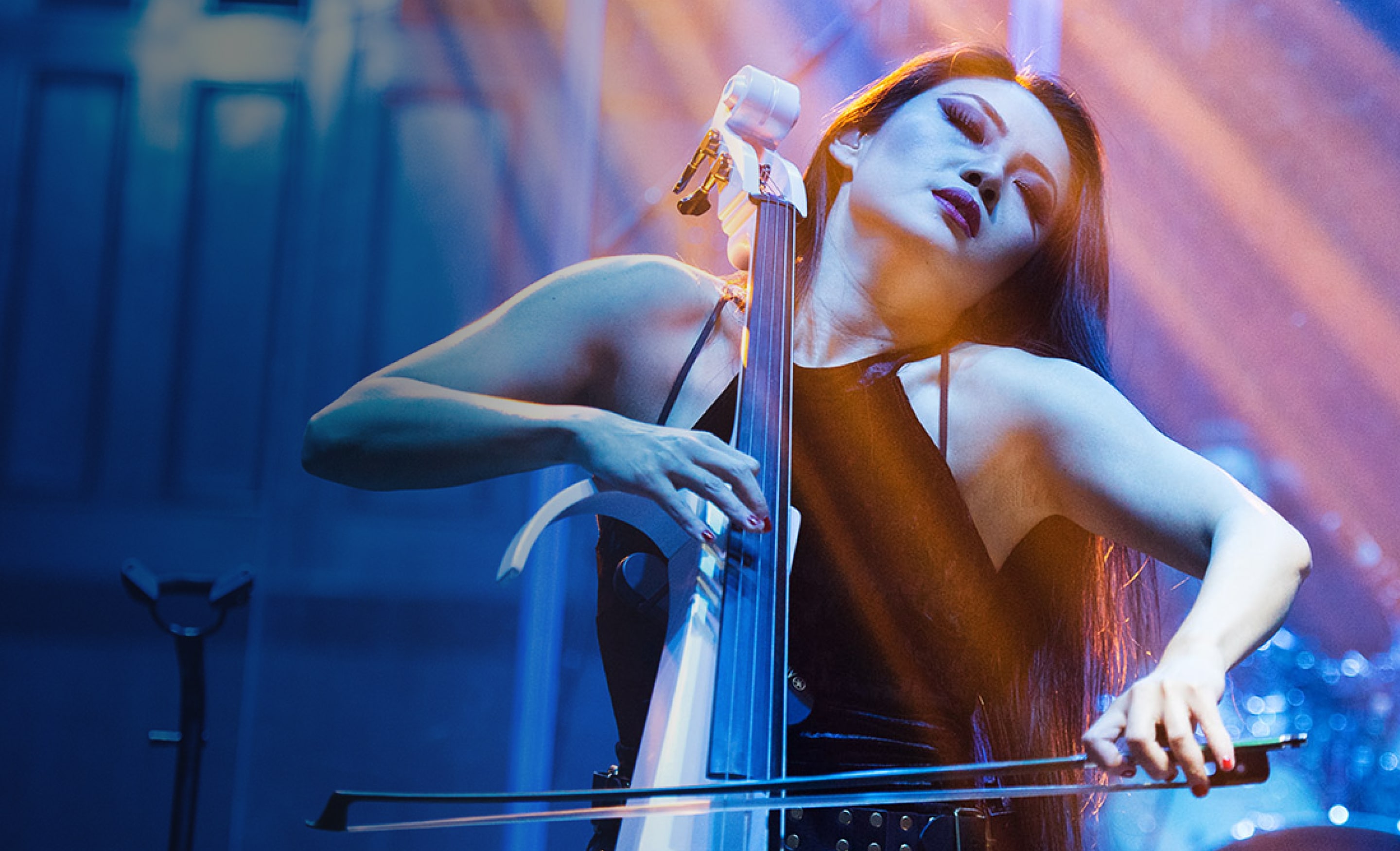 Cellist & Composer
v
Tina Guo has established an international career as a GRAMMY-nominated Acoustic and Electric Cellist, Composer, and Entrepreneur. An exclusive Sony recording artist, Tina is known for her unique genre-crossing style, and is one of the most recorded solo cellists of all time, heard on hundreds of Albums and Blockbuster Film, TV, and Game Soundtracks. Tina is featured on Wonder Woman, League of Legends, Iron Man 2, The Lion King (2019), The Vikings, Dunkirk, Sherlock Holmes, Call of Duty: Black Ops II, III, and IV, Inception, Pirates of the Carribean 5, CSI:NY, Blizzard’s Diablo III and more. She is currently recording for four film soundtracks remotely from her home studio during the coronavirus pandemic, and working on her upcoming 2020 winter album and 2021 solo album releases.

Tina has toured the world performing Cello Concertos since the age of 11, and on the Electric Cello, as a soloist with the “Michael Jackson THE IMMORTAL” World Tour by Cirque du Soleil with 3.7 million tickets sold and one of the top grossing tours of all time and since 2016 with Hans Zimmer as a featured soloist.

In 2018, Tina signed as an official brand partner with Bentley Motors, composing, performing, and producing original soundtrack for the new Bentayga Hybrid. In 2019, Tina began her exclusive partnership with the Ritz-Carlton and is composing soundtracks for their destinations.

The Tina Guo Sample Libraries by Cinesamples is one of the most popular cello solo libraries available on the market today. Tina also introduced a line of Fine Acoustic Cellos, Carbon Fiber Accessories, Pick-Ups, and Bows for String instruments known for their customized materials for a truly bespoke musical instrument.